The Western Reservoir is part of the Whittle Dene complex of seven reservoirs and treatment works located 12 miles (19 km) to the west of Newcastle upon Tyne.

The reservoirs were completed in 1848, and have given Newcastle and Gateshead a clean and regular supply of drinking water ever since.

Having previously been leased by a local game angling club the reservoir remained un-fished for several years after the club relinquished the fishing rights to the water, which in the past had only ever been stocked with trout.

Please note NO trout remain within the reservoir! 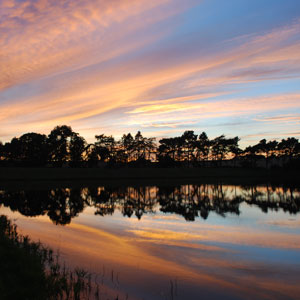 Northumberland isn’t exactly blessed with many carp fishing venues, so when the opportunity arose to create a much needed carp fishing amenity for anglers in the North East, local angler Steve Jackson began discussions to secure the fishing rights on the reservoir and develop it into a carp water.

Negotiations with Northumbrian Water were completed in 2012 and Steve, as Syndicate Controller, is pleased to announce that the 17.5 acre Western Reservoir is now being run as a Private Members Only Carp Fishing Syndicate, the Syndicate operates 365 days per year including night fishing.

The reservoir has depths ranging between 8-20 feet with the western end being the shallowest with the depth of water gradually increasing towards the eastern end.

The venue has produced several different 20lb+ carp over recent years; with Catch Reports received from Members indicating the majority of fish in the reservoir are now well into double figures and that the average overall size of carp is steadily increasing year on year.

For further information on fish stocks, stocking levels, Lake Records, photos etc. check out the Catch Report section of the site and gallery.

Set in beautiful Northumbrian countryside the Western offers its Members quality fishing in quiet and peaceful surroundings; the venue is establishing its self as a good doubles water with an increasing number of mid to upper doubles and 20lb+ carp to target.

The Syndicate has its own private car parking area and male and female toilet facilities are provided on site.

Some swims will however take a little bit of barrow work. Please check out the map for more detail. 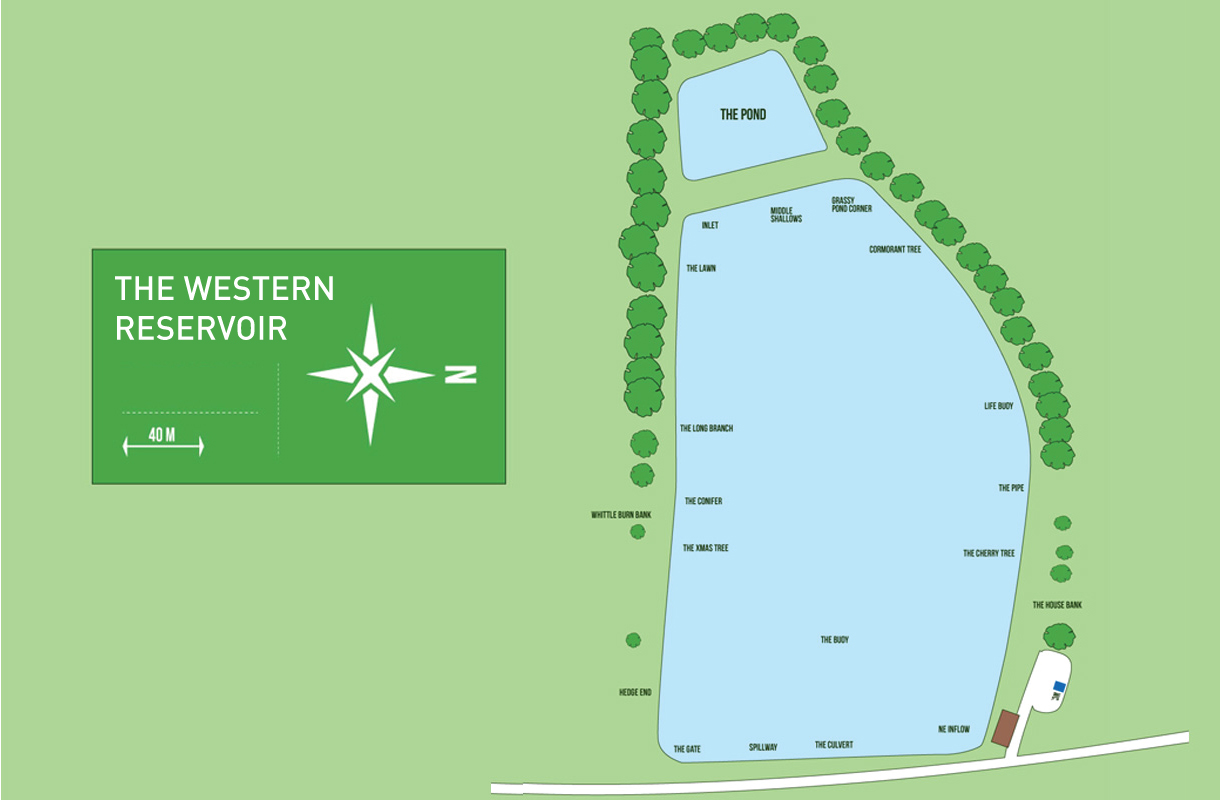 Historic Information about The Western Reservoir

The Western Reservoir is part of the Whittle Dene complex of seven reservoirs and treatment works located 12 miles (19km) to the west of Newcastle upon Tyne on the B6318 Military Road. Whittle Dene forms the last stage in a chain of water supply reservoirs built along the A68

in Northumberland. From Catcleugh reservoir in the North West water is transferred by a series of tunnels and aqueducts through Colt Crag, Little Swinburne and Hallington reservoirs ending at Whittle Dene in the South East of the county from where the water is treated and supplied to Newcastle and Gateshead.

Construction work to build the reservoirs began in 1845 when the Whittle Dene Water Company was established, shortly after completion in 1848 the Newcastle and Gateshead Water Company came into being, and now the site is managed and operated by Northumbrian Water.

The reservoir keeper’s house on the Western was designed and built in the neoclassical tradition by prominent local architect John Dobson, the most noted architect in the North of England.

The Western was for many years leased to a local angling club for trout fishing, and became affectionately known as “The Rainbow Pond” by those who fished the water during this era.

Please note NO trout remain within the reservoir!

During the spring of 2012 local angler Steve Jackson secured the fishing rights on the reservoir which is now being operated as a Private Members Only Carp Fishing Syndicate.