Please report your catches back to us and if you would like a picture of a fish you have caught from one of our waters put on the site, if suitable we will do our best to upload it.

With over seventy different 20lb+ carp to 33lb 2oz including several upper twenties to target and new twenties coming through the ranks at a steady rate our complex of waters offer competent anglers quality fishing in a natural rural environment.

It’s not often venues in the Northern region of the UK can claim to offer a choice of three distinctly different and characteristic Lakes to fish on the same site.

Here at Kingfisher Lakes we can; and with a limited Membership and no restriction to length of stay Members can relax and enjoy their fishing in friendly, peaceful and tranquil surroundings.

With a bit of luck, a cracking years fishing lies ahead for us all.

The last 12 months have certainly flown by and I’m sure everyone’s looking forward to the arrival of warmer weather, getting bank side, casting out and getting a bend in the rod again, I know I am!

I’ll continue to update the Catch Reports and Galleries on a regular basis and hopefully you’ll visit the site occasionally to check out what’s been going on.

I hope you enjoy your fishing wherever you wet a line, best fishes to you for the coming months.

Fishing conditions began to show signs of improving at the start of February; that was until Storm Ciara arrived on 9th Feb bringing heavy rain and very strong winds, she brought us a headache as well with flooding damaging some of our fencing and paths, giving us plenty of work to do to repair, renew, replace and strengthen the damaged areas.

Dennis created more havoc for us to deal with as the rainfall he brought fell on already ‘super saturated ground’ causing additional flooding and further damage to parts of our fence line and road as well as depositing a lot of debris for us to clear up.

Due to high water levels we had no choice but to close the Lakes on 16th Feb until the water receded, and it was 7th March before it was safe enough to open the North Lake to fishing again.

Co-vid 19 Lockdown measures began on 23rd March and angling activities around the UK ceased, and life changed for us all…

On a brighter note:

Although we are living in, and enduring testing times at the moment, life and fishing will return to normal or as near to normal as possible, hopefully sooner rather than later!

I’m sure we’ll see a few new 20lb+ fish this year and possibly a new 30 or two may put in an appearance, and I’m pretty sure Lake Records will be broken again as well.

Indeed, the first carp caught out the North Lake on 12th March this year was a new twenty for the venue @ 22lb 8oz, it was a fish we stocked in February 2014 @ 4lb 8oz – 5lb, very pleasing, congratulations to its captor Peter well done that man!

Until next time stay safe, stay well and look after those that look after you! 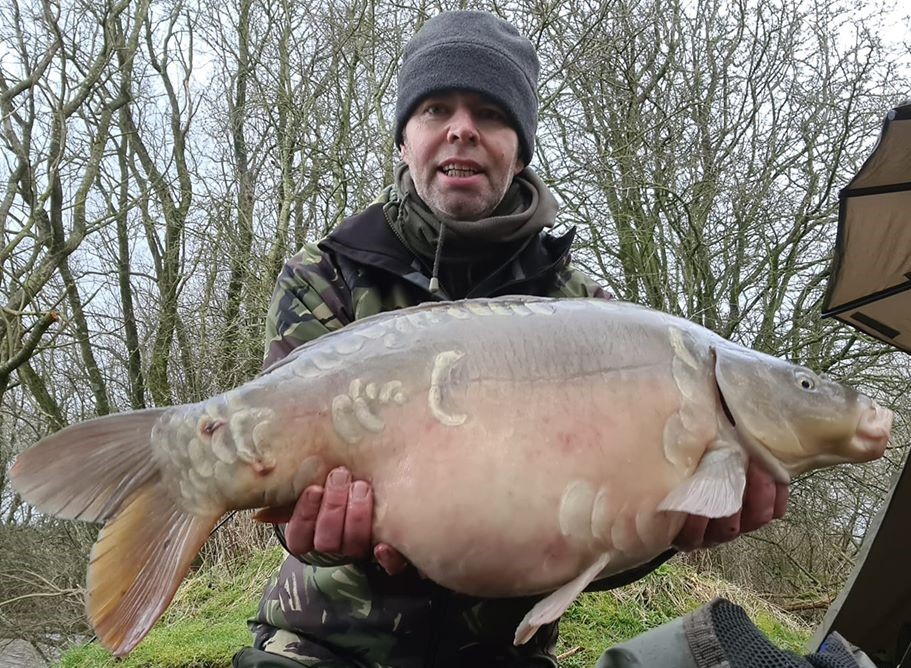 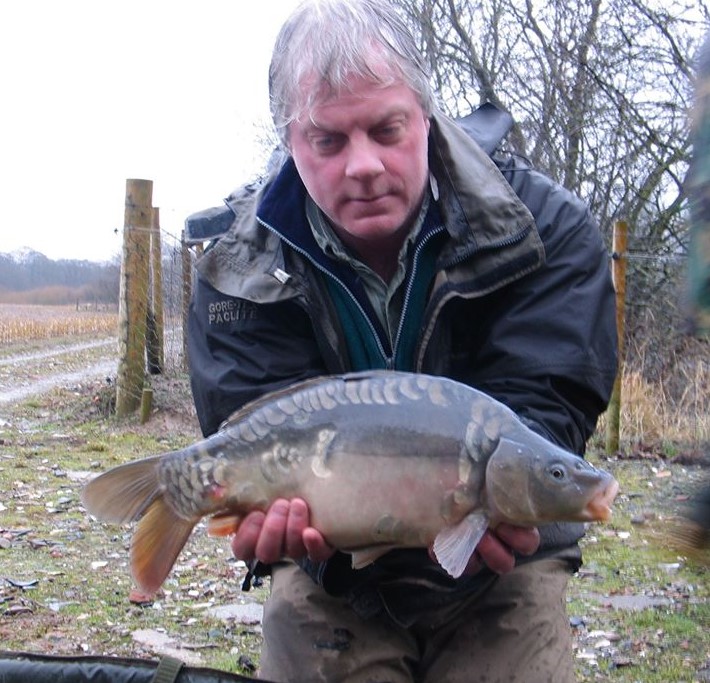 Well its been an interesting start to the year what with two “once in a hundred-year flood events” happening in the same week in February then that damn virus impacting on the day to day lives of everyone, we live in strange and interesting times.

I believe positive thinking produces positive results, one Member who had a couple of positive results in December last year was the ever-consistent Justin, he managed a little home grown 10lb mirror on the 23rd, with possibly its Mummy a week later on the 30th when he brought a cracking 24lb 4oz lump to his unhooking mat, nice one Justin a fantastic finish to end your 2019 fishing! 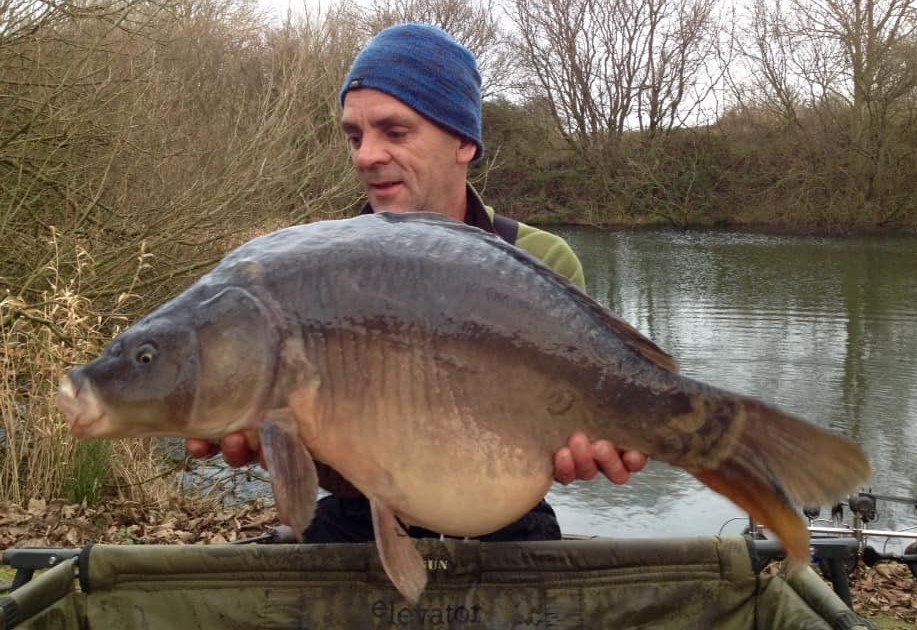 Simon had the honour of catching the first carp of the New Year from the South Lake on 12th January when he weighed in a 12lb 8oz mirror, caught over a small bed of boilies and boilie crumb during some very big winds that flexed his bivvies’ ribs, a January fish no matter the size is always a special fish, especially when you’re as far north as we are, well done!

With the water level dropping much quicker on the South and Long Lakes than on the North Lake we reopened them to fishing on the 22nd February.

One Member who had a dabble once a week before lockdown commenced was Dan, he was always a bit unlucky with the conditions he fished, falling water temperatures and white frosts don’t result in productive carp fishing at this time of year, but if you can only go when you can go, you gotta go then.

Dan’s perseverance paid off though when he caught a pre lockdown mirror on 23rd March, the long lean male carp pulled the scales down to 18lb 13oz and ended a run of frustrating sessions, yee ha! 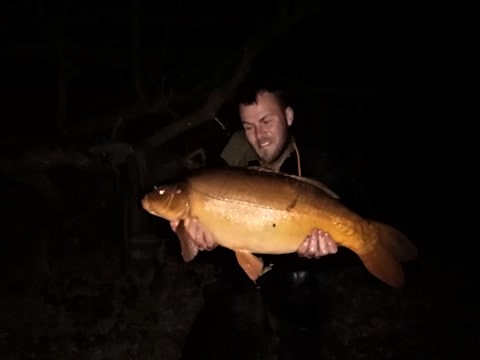 In my last Catch Report, I predicted” There’s normally one or two carp caught over the Christmas period so hopefully we’ll see a ‘cracker’ or two visit the bank…”

Gary banked a winter twenty on 7th December, it weighed in at 20lb on the nose, I know it’s not quite a Christmas carp but surely counts as a festive one as it was captured in the build up to silly season? Anyway, it was a nice result so well-done Gary! 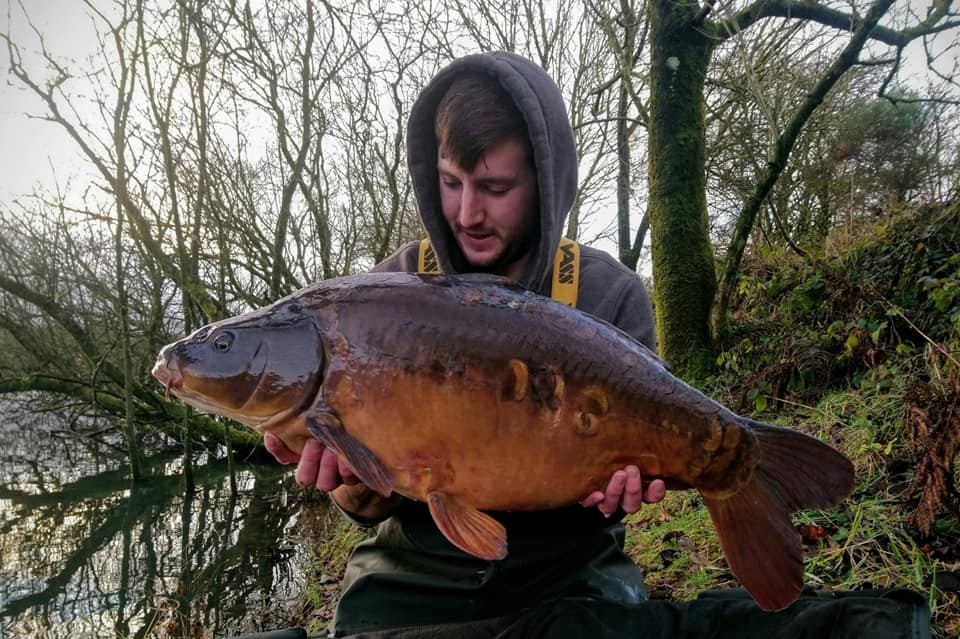 December Twenty 20lb on the Nose

Getting very close to a Christmas carp was Bailiff Dave who netted a cracker on the 23rd December when he banked a lovely 24lb 7oz mirror, it’s fair to say he wasn’t disappointed with his early Christmas present, good going and good angling, get in Dave.

Gary returned on 19th January and caught a lovely male fish of 13lb 10oz, it nearly didn’t happen though… as he was packing down another Member turned up and their ensuing conversation resulted in the rods still being in play as he delayed bringing them in while they chatted, that capture was definitely talked onto the hook, ha.

Dave P managed one of the Lakes home grown carp on 9th February when a lively low double slipped up, the 12lb 8oz mirror punched above its weight during the scrap that followed, we’ve got a fair few home spawned carp coming through the ranks and they’re growing well…

As was proven when Garry L caught one of the Long Lake HG’s on 21st March at 11lb 5oz, this scamp had grown considerably since its first capture in July 2019 when it weighed in at 7lb!

We ask Members to photograph both sides of any carp they catch so we can record and monitor the growth rates of individual fish, you’ve got to know what stock you’ve got and understand the progress they’re making if you intend to develop your venues into the best specimen waters they can become, which is what we’re aiming to do… 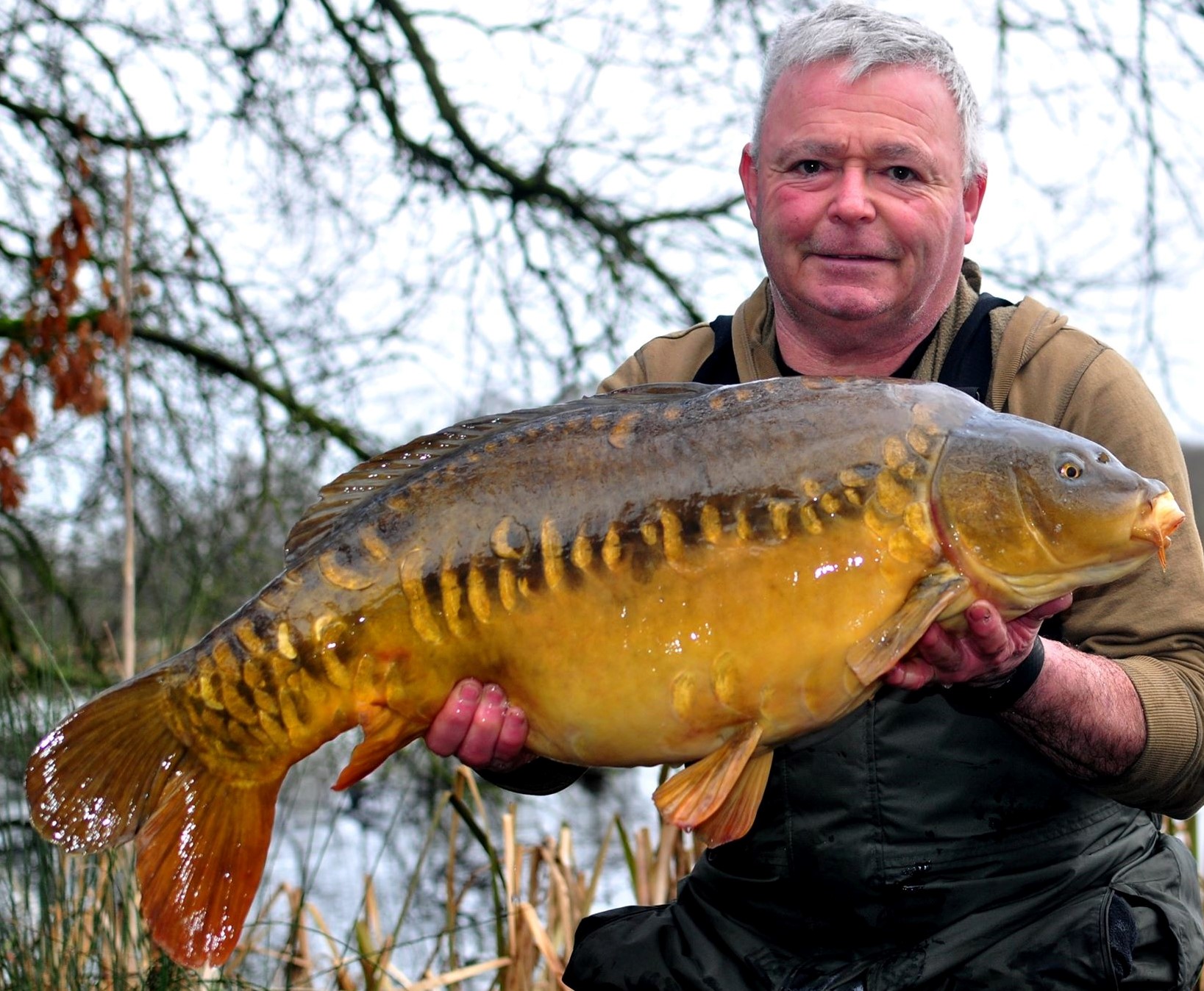