Please report your catches back to us, and if you would like a picture of a fish you have caught from one of our waters put on the site, if suitable we will do our best to upload it.

Western Reservoir Syndicate
Northumberland isn’t exactly blessed with a great deal of carp fishing venues; in fact it’s fair to say there certainly aren’t many, if any waters in the county or surrounding regions that offer the opportunity to fish for carp in a large and weed free venue like the Western.

With no restriction to length of stay, Members can relax and enjoy their fishing as part of a friendly Syndicate in the peace and quiet of the beautiful Northumbrian countryside.

Western Reservoir
17.5 acre water supply reservoir with depths ranging between 8-20 feet, the margins are stone lined up to two rod lengths out from the bank, the lake bed is firm with a light covering of silt and there is NO weed present.

The Syndicate was established and opened to fishing in 2012.

No formal swims, but with nearly two thirds of a mile of bank to fish from finding a pitch to fish isn’t a problem.

No restriction to length of stay.

Non fishing Partners and Children are allowed to accompany Members; no fees charged.

With a bit of luck, a cracking years fishing lies ahead for us all.

The last 12 months have certainly flown by and I’m sure everyone’s looking forward to the arrival of warmer weather, getting bank side, casting out and getting a bend in the rod again, I know I am!

I’ll continue to update the Catch Reports and Galleries on a regular basis and hopefully you’ll visit the site occasionally to check out what’s been going on.

I hope you enjoy your fishing wherever you wet a line, best fishes to you for the coming months.

Only two or three Members ventured out to wet a line between December 2019 – March 2020, so with very few visits and very limited rod hours being fished it’s fair to say it was a quiet winter period from a carp fishing point of view.

A couple of Members had an occasional day session fishing for the abundant roach the reservoir contains, and with the silvers being much more obliging than the carp they enjoyed the good sport the red fins provided.

If only carp fed as well during the cold weather eh?! 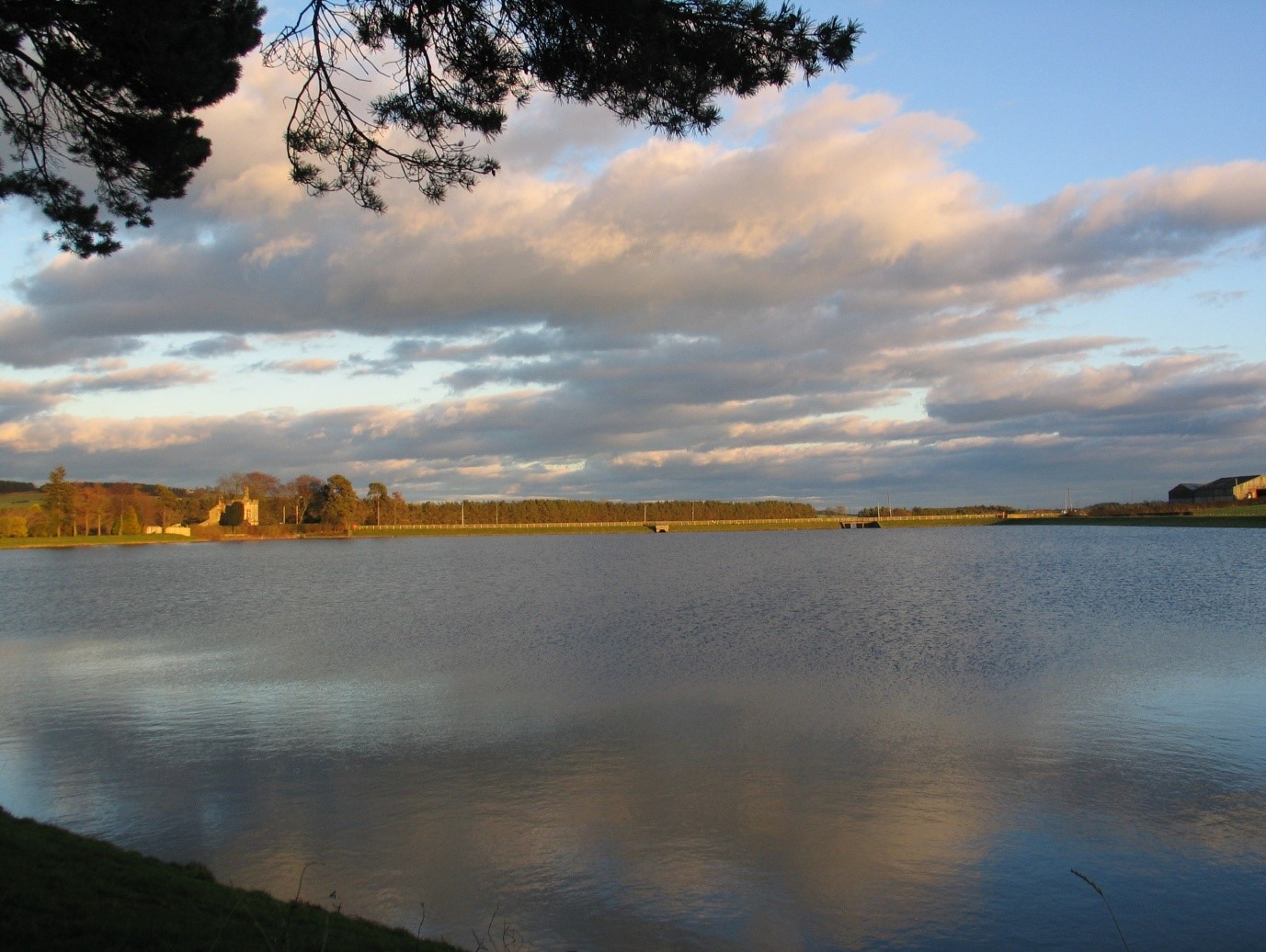 Swim with a view

In February Storms Ciara and Dennis brought a lot of heavy weather and copious amounts of rain with them, when the pipe that the Whittle Burn flows through at the west end of the reservoir becomes blocked this flood water runs in, having washed off the surrounding fields the reservoir quickly becomes very coloured, like milky tea really!

In March as the daylight hours increased the carp became more and more active and an early season algal bloom took hold, the milky tea the carp are living in is very, very milky…

In fact, the water is that coloured you can’t see more than a foot or so below the surface, the first you know about where the carp are is when they throw themselves clear of the surface or roll over in the surface layers.

Well we all know Lockdown started on 23rd March so no fishing until the Government ease restrictions, which will hopefully be sooner rather than later!

I have being visiting to feed the carp and make sure everything is fine at the venue on a regular basis, and before anyone criticises me this is classed as essential authorised activity by The Institute Of Fisheries Management, and The Angling Trust and Fish Legal, who are the sport’s governing body.

I’ve seen a few carp crashing out in areas I’ve fed, best one so far was easily around 21-23lb, and a common, so there’s one Lake Record waiting to be caught!

It showed four times on the end of a freshening easterly wind launching itself completely clear of the water no more than 25-30 yards off the bank, it was great to see and made my day, and I’m sure it’ll make someone else’s day when its in the folds of their landing net.

Stay safe and keep a had…

A nice one from the Western